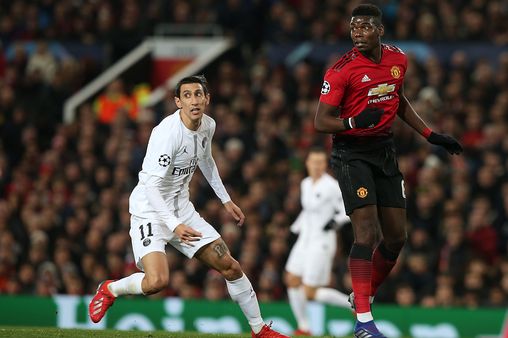 PSG are hopeful of landing Pogba in a move that would see him join his hometown club after growing up in the Parisian suburb of Lagny-sur-Marne.

And according to claims from Calciomercato, PSG submitted an offer to United of Di Maria as well as Julian Draxler to try and convince the Red Devils to part with Pogba.

It is unclear whether that offer would also include cash with United valuing Pogba, 27, at around £150million.

He had a fine start with three goals in his opening five Premier League appearances but did not manage another strike all season.

He was eventually sold to PSG the following summer for £44m, joining the French giants where he has scored 81 in 217 games across his five seasons in Ligue 1, winning the title three times.

But given the fact that he is already 32 and was also thought to be homesick in Manchester, it seems very unlikely that either Manchester United or Di Maria would want this switch.

Speaking about his time at United, Di Maria hit out at the club’s former gaffer Louis van Gaal as one of the reasons for his struggles.

“I only stayed one year. It wasn’t the best period of my career, or they didn’t let me have my best time there.

“There were problems with the coach at the time. But thanks to God, I was able to come to PSG and be myself again.”

Di Maria’s team-mate Draxler, however, would no doubt be more up United’s street – especially because he is understood to want a move to the Premier League.

At 26, the former Schalke and Wolfsburg star is surely approaching his prime and could play across the pitch in an attacking role.

United have been looking at Jack Grealish but Draxler’s trophy-winning and international-level experience – including winning the World Cup in 2014 – could make him a better option.

Pogba is likely to be at the centre of a four-way transfer tussle this summer, with United knowing he would leave for free when his contract expires at the end of next season if the 12-month extension clause is not exercised – although the Red Devils are thought to be relaxed about the situation.

A return to Juventus, where he spent four years between 2012 and 2016, is another possibility.

And Inter Milan are also hoping to seal a deal for Pogba.