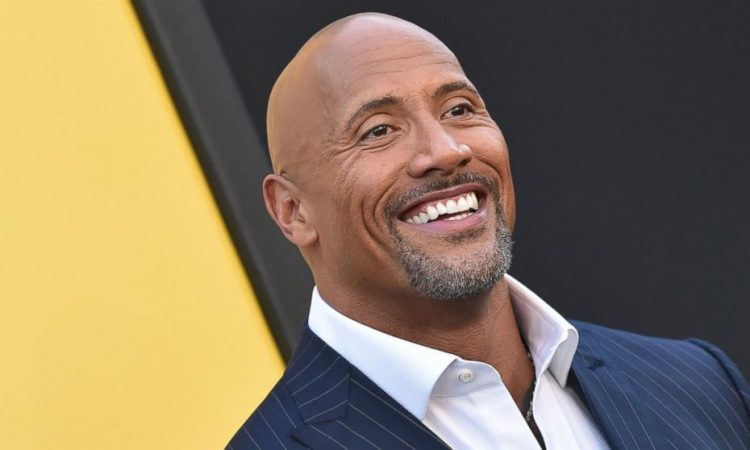 Dwayne ‘The Rock’ Johnson and his girlfriend Lauren Hashian will be expecting their second baby in a few weeks time. Dwayne has revealed that they chose to postpone their wedding after Lauren became pregnant with their second baby.

“We were going to get married in the spring and we got pregnant,” he told ET at a junket for his new action movie Rampage on Thursday. “Lauren felt like, well, you know, Mama [doesn’t want] to take pictures being pregnant in a wedding dress, so we’re just going to wait and not quite sure when, but I know it’s going to happen.”

Dwayne is not certain about when they will be exchanging their vows.

He said, “I don’t know if it’s shortly [after the baby comes], because right now after this we shoot Jungle Cruise with Emily Blunt and then I go on to shoot the Hobbs movie and we’re just trying to figure out where we can put it in. The great thing with Lauren is she’s such a rock star. She’s just like, ‘It’s alright, whenever it’s going to happen we’re going to make it work,’” he continued, adding that this perspective won’t last, joking “I mean, she’s saying that now. A year from now she’s going to be like, ‘Hey!’”

The Movie star recently shared that he’s traveling to Shanghai this weekend, two weeks before the baby’s due.

“I have my security ready, we got exactly where we’re going to go. We got the LAPD they’re gonna shut down a couple of highways and we’re going home,” Johnson teased. “Well, I’m only kidding, they’re not gonna do that, but… I do have a plan and I’m ready to go.”

“The pilot is already ready to turn that plane around if things start to happen,” he added.

The celebrity couple is planning to name their new daughter, Tia. Dwayne already has daughters, Simone, 16 from his previous marriage to Dany Garcia, and Jasmine, 2, with Lauren.