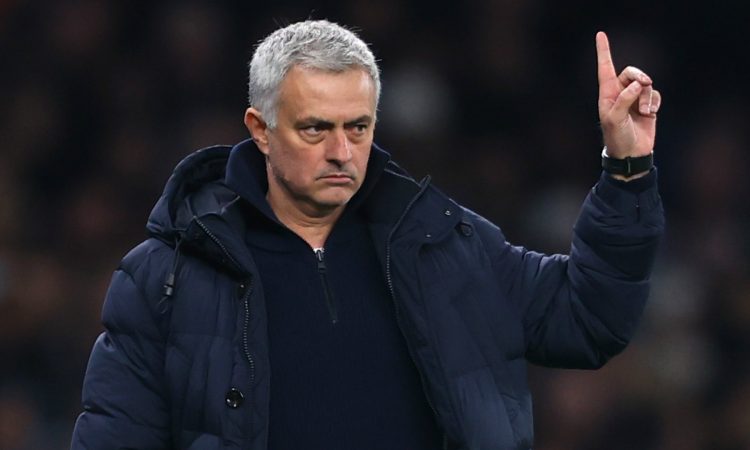 Instead, the current Tottenham manager reckons Cristiano’s namesake, the Brazilian icon, eclipses both his compatriot and the Argentine legend.

Before Ronaldo and Messi graced the globe with their footballing prowess, Ronaldo – the man with R9 on his boots – ruled the roost.

The Brazilian won the World Cup twice, and collected two Ballon d’Or trophies during a glittering career playing for both Real Madrid and Barcelona, but the Champions League evaded him.

Unfortunately for Ronaldo, serious knee injuries hampered what could have been an even more successful career and he didn’t enjoy quite as long out on the field as Messi or his namesake.

Still, Mourinho got a brief look at the Brazilian in person when he worked under legendary boss Bobby Robson as an interpreter at Barcelona, and it seems the then teenager left a serious impression on the Portuguese.

Mourinho told LiveScore: “Ronaldo, El Fenomeno. Cristiano Ronaldo and Leo Messi have had longer careers, they have remained at the top every day for 15 years.

“However, if we are talking strictly about talent and skill, nobody surpasses Ronaldo.

“When he was at Barcelona with Bobby Robson, I realised that he was the best player I’d ever seen take to the field.

“Injuries killed a career that could have been even more incredible, but the talent that that 19-year-old boy had was something incredible.”