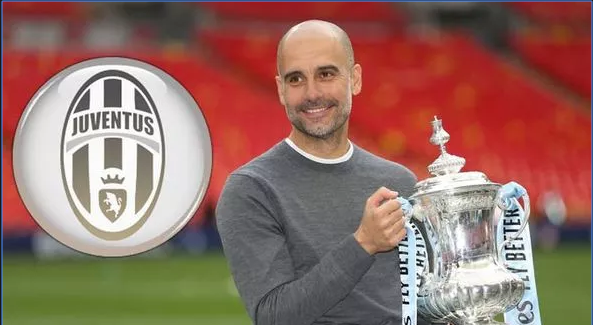 Alberto Galassi, of Manchester City, responded to stories which suggests that coach Pep Guardiola will be hired by Juventus this summer.

Guardiola was instrumental in the recent success of Man City.

Despite difficulties in his first season, Pep has since been fantastic.

Manchester city is almost unstoppable in the Premier League, having clinched the title in 2 consecutive seasons.

Although a triumph in the Champions League has eluded Guardiola, the success of his treble shows how much of a success they have been.

As a result of the management of Guardiola, there were reports this week suggesting that Juventus would move to hire him.

These reports increased on Thursday with suggestions that Guardiola sign for Juventus on June 4.

He will be earning 24 million euros per season, signing a four-year contract.

Meanwhile, a member of the board of Manchester City has already canceled those rumors, labeling it as “false news”.

Galassi also revealed that Pep Guardiola is angry with the stories and the Catalan manager has no intention of leaving Manchester City.

“Guardiola does not want to leave Manchester City,” Galassi retorted.

“Today I spoke with Pavel Nedved (vice president of Juventus) and we laughed about that, Guardiola is irritated by such stories.

While Guardiola cannot be around forever, he does not seem to have plans to leave Manchester City right now.