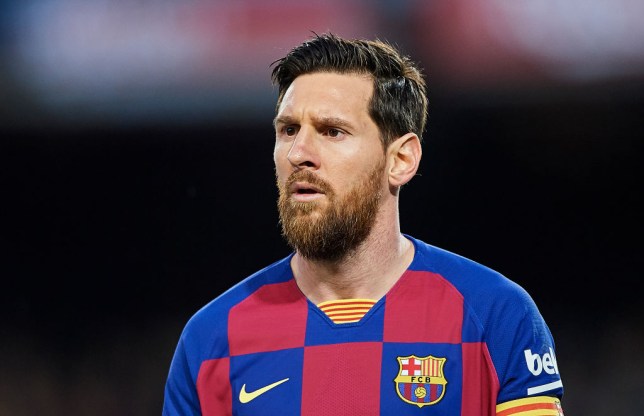 Barcelona are bracing themselves for another round of pay cuts because those accepted by players last month will not cover the huge losses anticipated as the Nou Camp remains shut.

Barca players volunteered a 70 per cent reduction in wages at the end of March lasting for the duration of the state of emergency called on March 14, which is now being lifted in phases.

But the measure was always only ever going to be a stop-gap while the way forward in LaLiga became clearer.

Barcelona are now beginning to consider the longer-term effects of the coronavirus crisis with advertisers and sponsors looking for rebates and next season’s television deal likely to reflect the disruptions to the product felt by the audiovisual companies through this campaign.

Catalan paper La Vanguardia revealed recently that the club have already drawn up two possible road maps through the next 10 months according to how well or otherwise things develop.

One scenario had the stadium reopening in November. But the second scenario, now seen as more likely, meant the club kept the Nou Camp doors closed until February 2021.

Some commentators close to the Catalan club have speculated that such a delay in reopening the ground, club shops and museum, as well as the drop in income from sponsors and future television deals, will mean next season’s budget could include as much as a €200million [£174m] fall in projected revenue.

At the start of the season, LaLiga announced its salary caps on each club according to their income. Barcelona’s was the biggest. They were allowed a wage bill of €671m [£583m].

Barcelona can afford such an outlay on salaries all the time their revenue streams are so high. Their projected revenue for this season, which was announced last September, was over €1bn [£888m]. They rejoiced at being the first club to go past the mark but they will fall short of that figure now.

They may have fallen short anyway because they had budgeted for selling players and were struggling to do so. But football’s prolonged postponement will mean they miss out by an even greater amount.

Barcelona will not be alone in the way they suffer the consequences of the lockdown but Real Madrid’s squad already agreed a longer-term pay cut when they accepted a 10 per cent cut on income that will double to 20 per cent if the season cannot be completed.

Barcelona players are aware of the inevitability of further talks. But both board and players could wait to see how the attempt at restarting the season progresses.

The LaLiga campaign is now set to start again on June 12. There are hopes that with three midweek rounds of matches and seven weekends, the season could finish on July 26.

Next Monday, once the Department of Health gives the go-ahead, all players will be tested for coronavirus and can start training in solitary before building up to training in small groups and then as a unit.

LaLiga president Javier Tebas has already warned that even if football does return, the absence of supporters in the stadiums will still see the competition lose out on €300m [£260m].