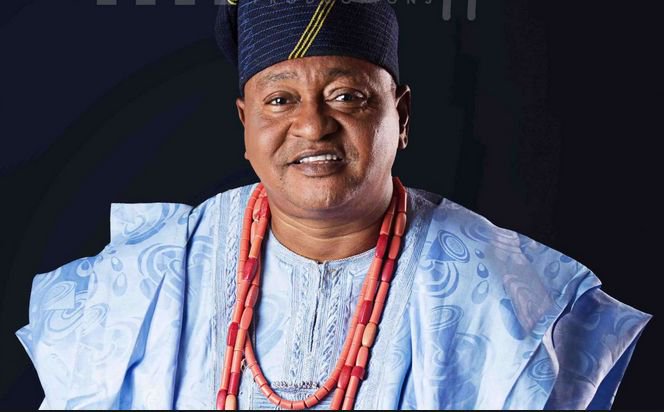 Popular Nollywood actor, Prince Jide Kosoko, has stated that polygamy was not his destiny, adding that judging by his upbringing he was not supposed to be married to more than one woman.

The actor said sequel the death of his wife, Henrietta, he was compelled to remarry because his house was gradually turning into a brothel.

In an interview with Punch, the veteran actor said as a human being, he was disappointed when some persons accused him of using his wives for ritual money.

He said God is currently dealing with Kemi Olunloyo and others, who tried to dent his image.

The comic actor said, “I have been blackmailed many times, but I sailed through.

“They have called me a ‘ritualist’ before, which means I am a murderer.

“Initially, as a human being, I felt bad. But my skin is too thick for all that rubbish. Instead of feeling bad, I will go on my knees and pray to God to give His judgment.

“And I always see these people get their judgment. I don’t want to mention names. I don’t know anything about what is happening to Kemi Olunloyo and I don’t follow her on social media. Apart from her, there are other people who have rubbished my name in the past

“Becoming a polygamist wasn’t my design. With my upbringing, I am not supposed to be a polygamist.

“Though my father was a polygamist, he didn’t marry the number of women I have married.

“My first wife, Sola’s mother, was working with the Nigerian Customs Service. She was not involved in my industry and then I would travel for two months.

“So, I was tempted to take a second wife . But unfortunately for me , in the circumstances I cannot explain till today, I lost two wives within a year.

“You can imagine that! So, I decided not to remarry again, though I had girlfriends; I was a ladies ’ man.
“Two of my girlfriends were very close to the house and my friends too would come with their girlfriends.

“So, we were almost turning the house into a brothel. Later, my doctor, a lady, visited me and advised me to remarry.

“I agreed to take a wife in the long run, but I had two women who were intimate with me – Henrietta and Alhaja Bimbo. Since I couldn’t say no to either of them, I married two wives again.”