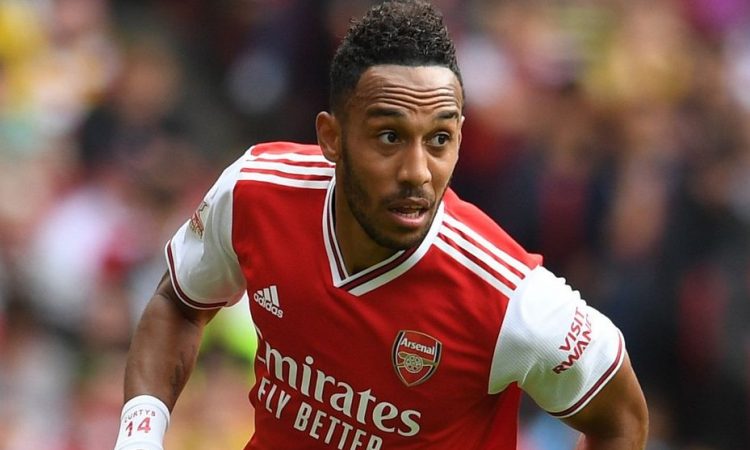 Pierre-Emerick Aubameyang’s father, Pierre-Francois, has urged his son to sign a new contract at Arsenal.

Aubameyang, 30, will be out of contract in 2021, but has been linked with a move elsewhere this summer amid interest from top clubs like Barcelona, Real Madrid, Chelsea and Manchester United.

His dad feels he should snub any outside interest and put pen to paper on a new deal at The Emirates.

In a message on his Instagram account, Aubameyang Snr posted a picture of his son signing his first contract with Arsenal in 2018, along with the caption: “You know what you have to do bro @aubameyang97.”

The post could be the first real indication that Aubameyang is now willing to commit his future to Arsenal after several months of stalling his decision.

Aubameyang is believed to want an increase on his £200,000-per-week salary.

Arsenal are keen to keep their wage bill down, but know they face difficulties given the club’s top earner, Mesut Ozil, is on a £350,000-per-week deal.

The Gunners do not want to be put in a similar situation to last summer where Aaron Ramsey was able to leave the club on a free, and are open to selling Aubameyang if they can’t convince him to sign fresh terms.

The Arsenal skipper has reservations about Arsenal’s ability to challenge for major honours and gain qualification to the Champions League, and is weighing up approaches from potential suitors.

Interested clubs are aware they can snap up Aubameyang on a cut-price deal this summer with Arsenal in a precarious position.

Gunners legend Charlie Nicholas has urged Arsenal to pay Aubameyang whatever he is asking for.

“I would say to him: ‘Is it money, is it the salary you’re looking for? Is that what we’ve got to do to keep you?’,” Nicholas told Sky Sports.

“Because if he says yes, then Arsenal should do the deal, and that means come when the season ends or when we’re available to do transfers, then one or two sales will more than justify what his financial package may be.”