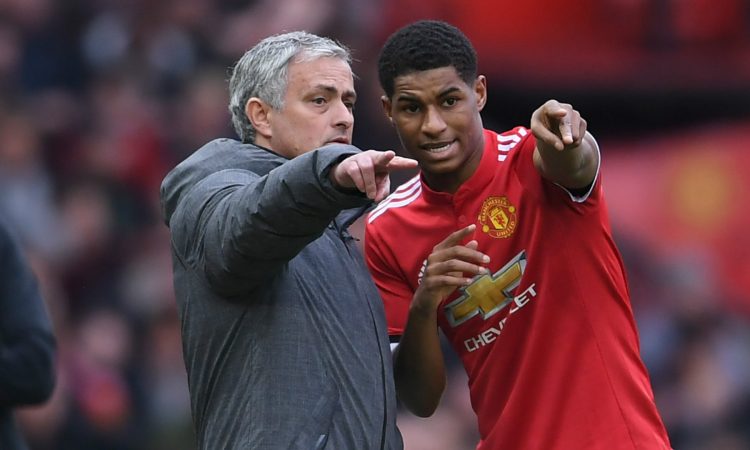 Manchester United for forward, Marcus Rashford has revealed the that the early stage of his senior career at Manchester United when he couldn’t pin down regular playing time remains an important period that shape him well for better progression as a professional footballer.

The 22 year old was promoted to the Manchester United first team in 2015 after spending 10 years with the youth side, and he played under Mourinho from 2016/2017 season to December 2018 when the Portuguese coach was sacked.

With the presence of Zlatan Ibrahimovic and Romelu Lukaku in the Mourinho team, Rashord found central attacking role far-fetched. He could only get some playing time as a winger.

Rashford’s Manchester United career has boomed under Ole Gunner Solskjaer, netting an impressive 19 goals in all competitions before back injury laid him off, and was yet to return to action before English football was paused due to the Coronavirus pandemic.

“It was tough but I think when you look back on it in five or six years, they’re the moments that give you that mental toughness,” Rashford told Manchester United Podcast of his rough patch under Mourinho.

“As an all-round player, I’ve improved a lot and a lot of it is down to those two years under
Jose.

“We had ups and downs. When I look back at it, it was a tough period but definitely a period that made me a better player.”

Rashford would also recognise the contribution of veteran Ibrahimovic to his fine learning curve when the going was tough.

“His [ Ibrahimovic] mentality was beyond anything l’d ever played with before,” he noted.

“In terms of his mentality he was key to my development, especially when Jose was there because he was someone who had played under him before and he knew you had to be a certain type of way to survive under him.”