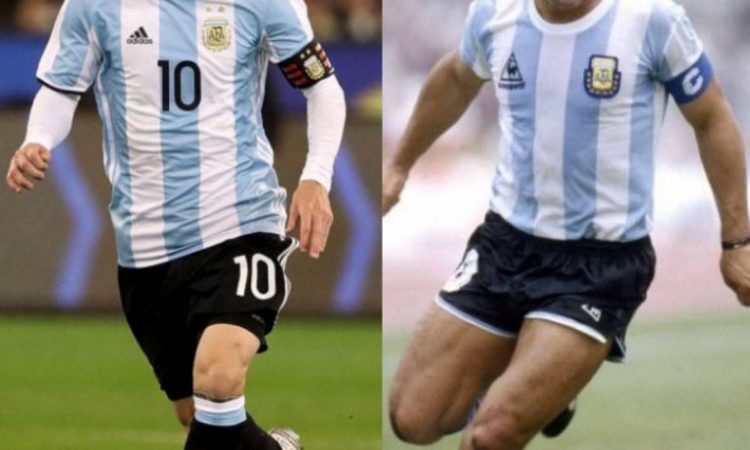 Argentina national football team, La Albiceleste assistant coach, Roberto Ayala, has weighed in with his verdict in the debate about who is the greater Argentine superstar between Diego Maradona and Lionel Messi.

Ayala who is also a former Argentina captain, compares the two greatest footballers to come out of his country. After featuring as Maradona’s junior in the national team, the onetime central defender was Messi’s senior also in the Albiceleste team.

He says both are different Argentina greats, likening Maradona to a pure art, and Messi to the Speedy Gonzales [a fastest mouse cartoon character].

“I played with both of them, with Diego I was taking my first steps. They are two footballing giants, and when he retires, Messi will be remembered,” Ayala, a former Napoli, Milan and Valencia defender told FOX Sports.

“I don’t know if it’ll be like Diego, it doesn’t matter. They are different. Diego was pure art in all his mannerisms, Messi a Speedy Gonzales who carries the ball two
centimetres from his foot.”

Maradona has better credential as a FIFA World Cup winner, the feat his heroics propelled Argentina to at at Mexico 1986. On the other hand, Messi is yet to lead his national team to win any major title.

However, Ayala spares thoughts for Messi as regards the elusive title success with Argentina.

“I hope that he gives us his footballing level, that he makes us grow as a team. Having a team with him, not of him,’ Ayala said of the six-time Ballon d’Or winner.

“He wants to be treated like this, like just one more. We told the players, ‘He will not be treated differently by us. You all have to step up, do what you do for your clubs, and he will help you. You have to take advantage of that.