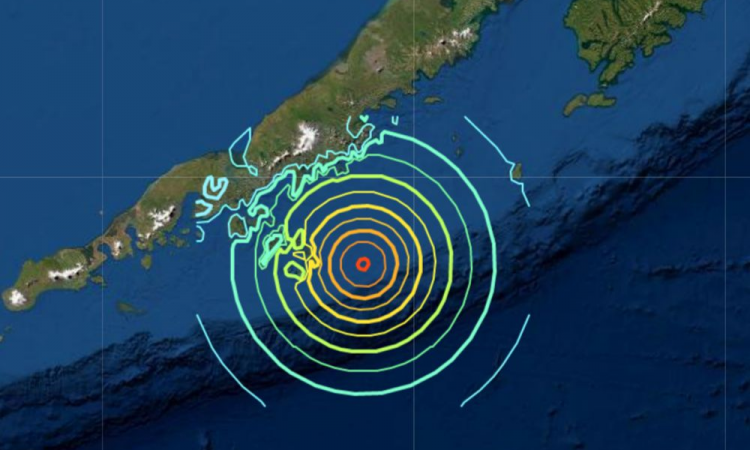 A powerful 7.8 earthquake has struck off Alaska’s southwest coast.

According to the U.S. Geological Survey, the 7.8 magnitude quake struck Tuesday at about 11:12 p.m. PST. It had a depth of 6 miles (9.6 kilometers) and was centered 60 miles (96 kilometers) south-southeast of Perryville, Alaska.

A tsunami warning was issued for South Alaska, the Alaska Peninsula, and the Aleutian Islands. But early on Wednesday, the Pacific Tsunami Warning Center said the tsunami warning had been canceled.

On Kodiak Island, the local high school opened its doors for evacuees, as did the local Catholic school, the Anchorage Daily News reported.

“We’ve got a high school full of people,” said Larry LeDoux, superintendent of the Kodiak School District. “I’ve been passing out masks since the first siren sounded,” he told the Daily News.

The center said for other U.S. and Canadian Pacific coasts in North America, there is no tsunami threat.