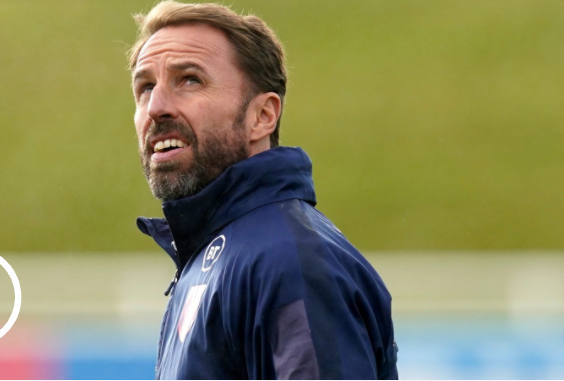 The Manager of the English national team will be holding an important conversation with the English Football association in the next few weeks. He will be discussing whether he will be signing a new England contract or not.

Gareth Southgate’s current England contract is due to expire at the end of the World Cup finals in Qatar; Southgate: “I have really felt this task – of getting the country to the World Cup – was the priority. We can look at everything in the next few weeks”

The FA want him to sign a new contract after he led England to the semi-finals of the World Cup in 2018 and the final of the Euros this summer but they are aware he feels he has unfinished business as a club manager.

Southgate: I commit a crime every time I pick a team
Mount: Euro 2020 isolation motivated me to get Covid jab
“I think I said last month that I had asked to put that [contract talks] further back into the autumn as I just wanted to focus on these games and also to give the time to make the right decision,” Southgate said.

“After the Euros there is a huge amount of emotion and feeling and fatigue from going through a tournament like that. I want to make sure that I am making the right decisions for the right reasons.

“We have happily parked that for the time being.

“The discussions are very much open and Mark Bellingham [FA chief executive] has been really supportive but I have really felt this task – of getting the country to the World Cup – was the priority.

Southgate signed a four-year contract when he was appointed England manager in November 2016.

After the 2018 World Cup he signed a new improved four-year deal.

Southgate was the FA’s head of elite development between January 2011 and July 2012 and England U21 manager from August 2013 until September 2016.

His only club management job was at Middlesbrough between 2006 and 2009.